by Kait Heacock
I don’t read much poetry, which is why I believe I’m uniquely qualified to talk about Portland poet Sid Miller’s 2009 collection Dot-to-Dot, Oregon. I say this because this is not a book meant only for other poets or one to be relegated to the hear-a-pin-drop silence of a poetry reading. This is more than poetry—controlled writing a musical language, yes, but Miller’s collection transcends that concept.. This is a guidebook in an artistic sense. This is Miller’s offering up of Oregon, along its coast, through its biggest cities, and to its most important landmarks. This is a book that should be dog-eared and worn, carried in back pockets, and referenced like an atlas.
The collection is broken into seven sections, or routes. Miller traveled all these routes, explored the cities that dot the Oregon landscape, and wrote a poem for each one. Some poems reach two pages, but most are a concise, single page; a city or town summed up in a few stanzas in the way gifted poets reduce their subject to its essence.
Some of the poems work as observations of their title city. “Seaside” recalls the familiar sensory stimulants of a coastal tourist town: salty air, kites flying overhead, and bowls of clam chowder. But with a few small gestures the scene is transformed; a covered Tilt-A-Whirl and the chill of the air evoke the end of yet another tourist season, leaving the poet and reader with the attendant sense of sadness that comes with this change.
Other poems move beyond observation and become more personal, a poem turns from the mood of a small town toward a glimpse into Miller’s own life. Both “La Grande” and “Baker City” hone in on a particular moment in Miller’s life, that of discovering his wife is pregnant with their first child. Suddenly, the poetry of travel has become the poetry of revelation.
In “Portland,” Miller walks through his current hometown and soaks in the familiar bridges and bourbon found across the city landscape. The mastery of this poem resides in Miller’s rendering “Portland” (and Portland, for that matter) both universal and personal. All Portland residents know the bridges strung along the Willamette River, but after reading this poem, we see these bridges, this Portland, through Miller’s unique perspective.

Do people still carry guidebooks? Do we need maps anymore now that we have smartphones? Probably not, but if you ever want to take a trip around Oregon (literal or metaphoric), all you really need is Dot-to-Dot, Oregon. Often, the adventure is more worthwhile if you don’t, have a perfectly planned itinerary. You may not remember the name of the restaurant where you ate breakfast in Astoria or the hotel you spent the night at in Pendleton, but you will remember the first time you waded in the Pacific, or how you felt driving across the sparse landscape of Eastern Oregon. Dot-to-Dot, Oregon is the perfect companion for those experiences. 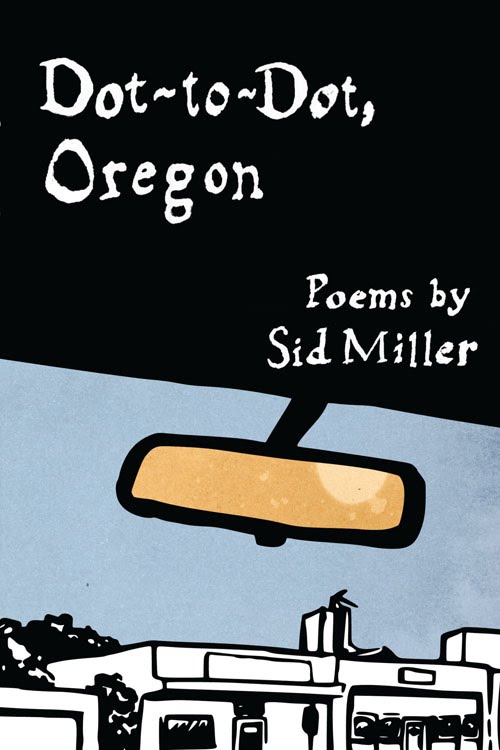