Leave a comment January 10, 2013 ooliganpress
Every Thursday, Ooligan Press invites a poet whose work is included in Alive at the Center, our forthcoming anthology of poetry from Pacific Northwest writers, to blog for us. This week, we are pleased to feature Kim Fu, a poet from Vancouver, B.C. Please enjoy her post!

The Trouble With Sunsets

“It was like finding yourself in a great library as a young writer, and gazing around at the thousands of books in it, and wondering if you really have anything to add.”
— Margaret Atwood, Negotiating with the Dead: A Writer on Writing
Avoid clichés. This is one of the first pieces of advice any writer will receive. Refrain from common expressions and dead metaphors. Aim higher than familiar plots and stereotypical characters. Give us new insights and experiences, new ways of seeing the world. Be completely, wholly, utterly original.
That helpful advice becomes a paralyzing question: do you have any truly unique ideas? Do you have a story that no one has told before? (Very few people–only geniuses and the delusional–could say yes.) And if not, what’s the point of writing?
An unpleasant side effect of being a writer or an editor is recognizing clichés even in your own thoughts and emotions. You note the triteness of your observations, separating them into those which are worth writing down and those which are not. You might have an experience that is personally profound–the death of a parent, the birth of a child–that nonetheless seems too ordinary to fashion into art. The falling leaves might make you aware of the passing of time in the same instant you chastise yourself for even thinking in such overused tropes. 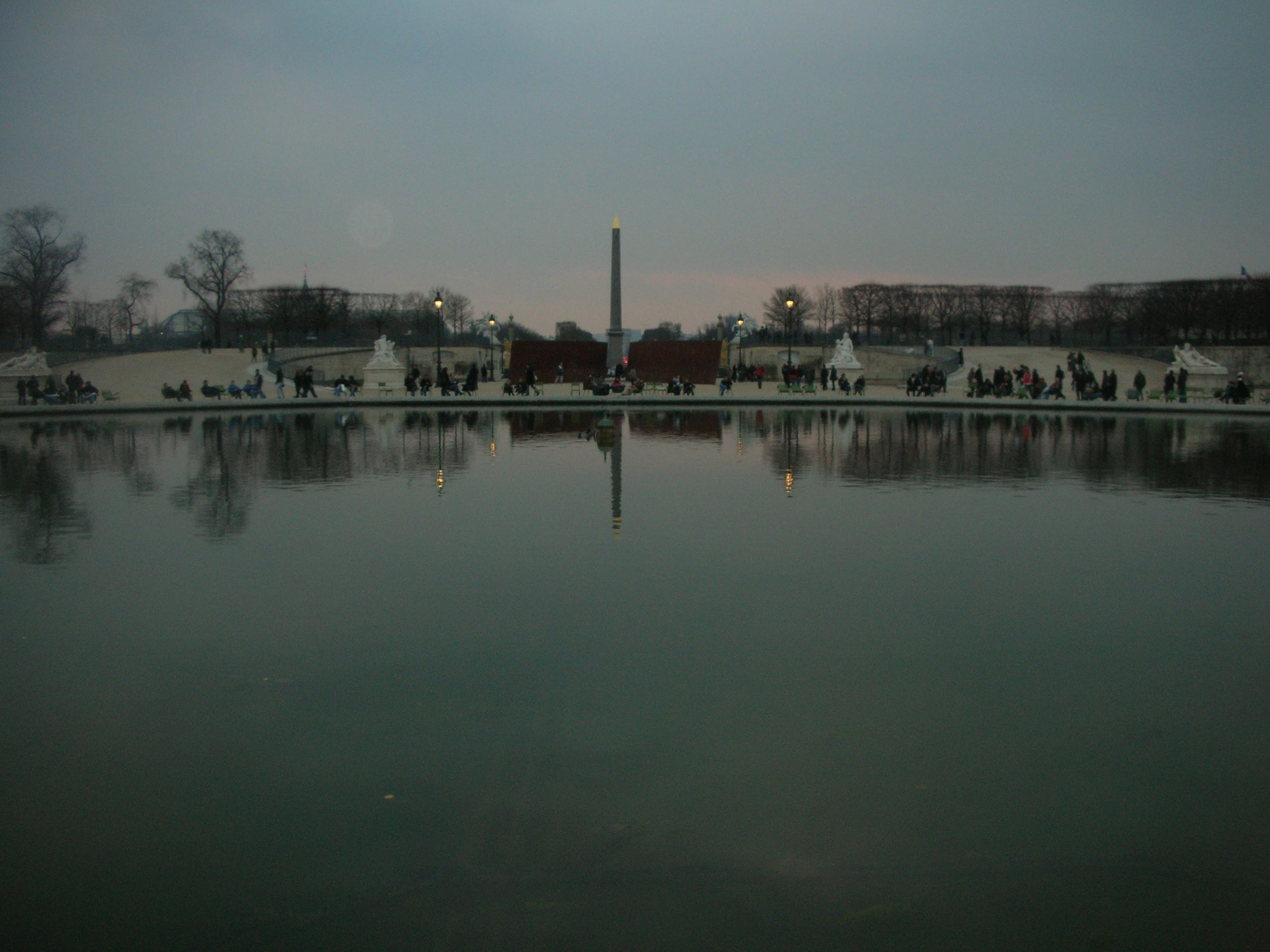 My poem in Alive at the Center is titled “Paris at Dusk,” an impossible topic. At some point in history, I thought, a moratorium had been declared: There are enough poems about sunsets. No one is allowed to write any more. Rather than skirt the issue, I decided to confront it. Sunsets became desperate starlets–pretty, talented, but ultimately dime-a-dozen, lost on jaded directors in the endless herds at auditions. (This, too, has something of the editor’s experience in it, of going through the slush pile and asking yourself how many more breakup poems you could possibly read.)

They parade past, one by one,

unflatteringly around the calf.

I once went broke to fly to Paris with a man I’d only known for a few months, in the dead of winter. Of the many versions of Paris, we stumbled through the ridiculously lovely one: idle afternoons of champagne and espresso, long walks through frozen, enchanted streets. From the Jardin des Tuileries, we watched the last light burst at the horizon,

held hands. On the wind,

We were married two years later.
In the poem, a sunset shocks the director out of his cynicism and long-suffering irony with an even more cliché performance choice: a monologue from Shakespeare.

why the bard is The Bard,

why we weep for Ophelia,

why the heart still shocks at the sky.

How does a something become a cliché? It loses its meaning and impact through repetition. Because, once upon a time, it hit upon such a universal truth, described such a universal feeling, that people couldn’t stop using it. Shakespeare’s aphorisms have become tired as a result of being quoted for four centuries. In the Oxford Companion to the English Language, Tom McArthur noted, “The deadness of a metaphor and its status as a cliché are relative matters. Hearing for the first time that ‘life is no bed of roses,’ someone might be swept away by its aptness and vigor.”
Avoid clichés. Innovate with language, make fresh connections, search for the untold tale. But remember: every now and then, as you’re wading through manuscripts, there’s a really good breakup poem.
_____________________________________________________________
Kim Fu’s poetry has appeared in Grain, Room, The New Quarterly, Numero Cinq, and on CBC Radio. Her debut novel, For Today I Am a Boy, is forthcoming from Houghton Mifflin Harcourt, HarperCollins Canada, and Random House Australia. Her literary nonfiction has been nominated for a National Magazine Award and selected for Best Canadian Essays 2012. She holds an MFA from the University of British Columbia. Kim’s prose requires coffee, sweat, and gnashed teeth; poetry comes as long as she is kept watered and turned to the light.

Kim’s poem “Paris At Dusk” will be featured in the complete Alive at the Center anthology as well as the Vancouver edition. Both books will be available April 1, 2013.