Every Thursday, Ooligan Press invites a poet whose work is included in Alive at the Center, our forthcoming anthology of poetry from Pacific Northwest writers, to blog for us. For our first guest poet post, we are pleased to feature John Wesley Horton, from Seattle, WA.

Children Are Dumb to Say How Hot the Day Is*

It was rumored that Miss Hill, my high school poetry teacher, had once dated the guitar player for Janis Joplin’s band, Big Brother and the Holding Company. To an Indiana teenager like myself she seemed like the quintessential former hippy. Raven hair graying at her temples denoted a sexual maturity first felt in the 1960’s. Eyeglasses on the tip of her nose portrayed intellectual rigor with just a hint of condescension. The idea that she’d diagrammed revolution in a Haight-Ashbury squat with Janis Joplin kept me up for hours planning an academic future full of rebellion.

That’s why I was so disappointed when Miss Hill told me Allen Ginsberg wasn’t a poet. What? Who didn’t consider Ginsberg a poet? He’d written Howl, that incendiary masterpiece that blew a hole in ironclad 1950s conformity. Right? Right, but as far as the state of Indiana was concerned, Ginsberg was not a poet.

Soon thereafter I read for the first time “The Second Coming” by William Butler Yeats. Even though the poem was fifty years my senior and Yeats was an Irishman who’d been dead for fifty years I gleaned from the following lines what it would mean to be an adult in postmodern America:

The best lack all conviction, while the worst

Are full of passionate intensity.

Those lines felt as punk rock as the music I was listening to at the time. As ridiculous as it may sound to say so, I felt I knew William Butler Yeats. It must sound so much more extravagant to say he knew me too. And yet, I felt he did. Through the apocalyptic images of this poem I felt for the first time that I could relate to a writer on a psychic level.

As my consciousness expanded my grades flagged. Who had time for a public institution full of Soviet-style arbiters of literary taste when you contained a universe in your mind? Why do homework when you could spend hours communing with the dead via poetry? The dead make so much more sense than the living. Not only do they outnumber us seventeen to one, they’ve also had millennia to hone their thoughts. Anyhow, what living person could relate to a burgeoning teenage mystic trapped in Reagan-era suburbia?

If you want to be a poet today you must be put you in your place. Find a century-old anthology of poems. I discovered a copy of The Best American Magazine Verse of 1919 when I was an MFA in poetry candidate at the University of Washington. Of the more than 100 names in the table of contents, you could argue one or two of them—William Carlos Williams, Edna St. Vincent Millay—will still be read in 2119. Of the 98 plus others at least one, Edwin Arlington Robinson, was considered to be a poet by the Indiana Board of Public Education, circa 1987.

Robinson’s “The Valley of the Shadow” reads like a prototype for Ginsberg’s Howl, not to mention Ginsberg’s favorite song, Bob Dylan’s “A Hard Rain’s A-Gonna Fall.” Had I discovered this poem as a teenager I surely would have recognized Robinson’s post-Great War America as an earlier manifestation of the post-Vietnam America in which I’d grown up. I didn’t know what post-traumatic stress disorder was, but I knew my parents’ veteran friends. One guy, whom they called The Falcon, lost his wife and children but he kept an album full of photos from the war like a personal Bible. Whenever he showed up at our house my parents sent me to my room. He probably would’ve felt the following lines from Robinson’s poem:

One day Miss Hill summoned me to her desk. She was worried by my disengagement in class. She was especially worried because she knew, she said, that I was sensitive. Sensitive? I was sensitive? I felt disenchanted, yet full of wonder, a feeling too complicated for me to put into words in my own head, let alone communicate to the person who’d triggered such complex feelings. I stood there, as dumb as a teenager who’d found his parent’s stash of Valium. 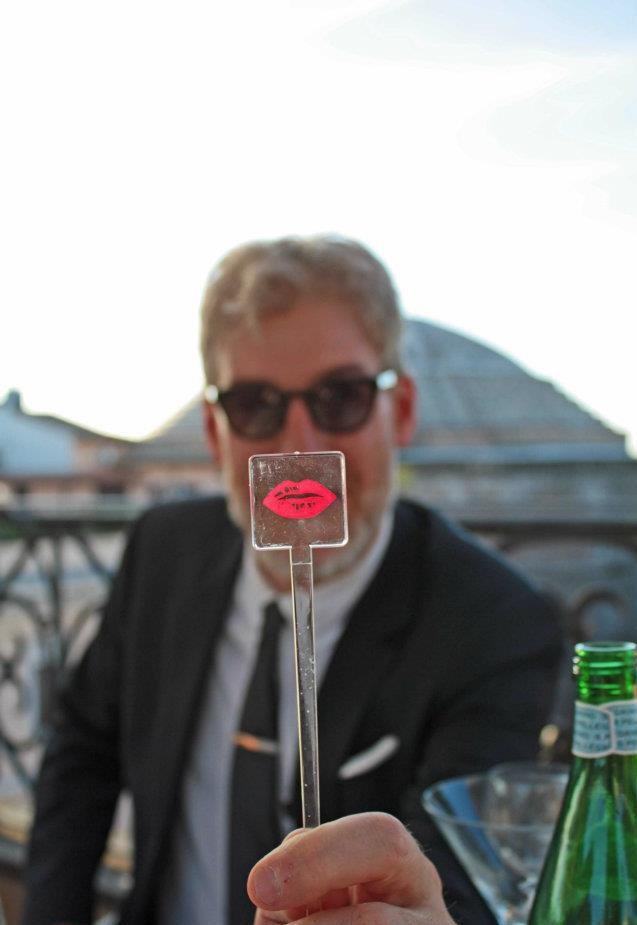 Many people know him as Johnny Horton, but for the past year he has been using John Wesley Horton as a pen name to avoid Google confusion with 1950’s rockabilly singer Johnny Horton (and because it sounds so much like the Bob Dylan record John Wesley Harding). John co-directs the University of Washington’s summer creative writing program in Rome, Italy. One decade ago, John set foot in Rome for the first time and it felt like a homecoming. Four years later, his father, who had (in John’s words) “been adopted by one of the WASPiest families in Chicago, Illinois,” admitted his biological mother was Italian.

John’s poem “In Other News” will be featured in the complete Alive at the Center anthology as well as the Seattle edition. Both books will be available April 1, 2013.