At Ooligan, we pride ourselves on our Pacific Northwest roots. We focus on the stories, voices, and concerns unique to this great corner of the nation. This focus sets us apart, but it also ties us to presses with similar missions in other parts of country, like Midwestern Gothic Press in Ann Arbor, Michigan.

As a micro-press, grown out of a long-running literary journal, Midwestern Gothic focuses on “shining a spotlight on Midwest authors by focusing on works that showcase all aspects of life—good, bad, or ugly.” Beyond even these almost identical missions, Midwestern Gothic and Ooligan Press have another similarity: each press stands firmly behind a new short story collection they believe is worth reading, no matter what part of the country you live in.

Ooligan’s newest short story collection is Close is Fine by Eliot Treichel who, despite his Wisconsin roots, now lives, teaches, and writes in Eugene, Oregon. Close is Fine is a beautiful, thoughtful, sad, and truly funny book that deals with personal relationships, all of which seem to be losing air or which were never completely robust to begin with. Its pages are filled with colorful characters who will seem both familiar and fresh to readers.

Midwestern Gothic’s new collection (available January 15, 2013) is This Jealous Earth by Scott Dominic Carpenter. This Jealous Earth is unique. You don’t always find a short story collection where the characters, the setting—or, almost, the spirit of the land, and the plots are all equally memorable. But Carpenter—some lucky or well-practiced how—has accomplished this. 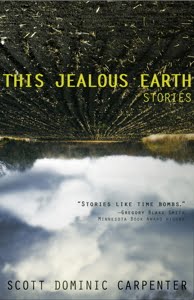 One of my favorite pieces in the book was the title story about the forecast end of the world playing out in a suburban household. It is filled with which irreverent humor, and depicts a realistic teenage-boy character (as a former English teacher, I can promise you this is rare), along with a wonderfully funny and simultaneously devastating ending, all of which combine to create an unforgettable story.

Just like Close is Fine, This Jealous Earth is a great collection filled with a variety of voices and experiences, but tied together by common themes and occurrences. In This Jealous Earth, these commonalities tend to be brushes with the supernatural and danger, mixed equally with everyday events.

Carpenter still lives in the Midwest and teaches literature and literary theory at Carleton College in Northfield, Minnesota. Though Carpenter has an extensive academic publishing history, This Jealous Earth will be his first collection of short stories. His debut novel, Theory of Remainders, is forthcoming from Winter Goose Publishing. Because of his wide-ranging experience in publishing, and his new foray into the world of small presses, I couldn’t help but ask him about the world of small-press publishing as he sees it.

Rachel Pass: For both of your forthcoming books, your short story collection, This Jealous Earth, and your forthcoming novel, Theory of Remainders, you are working with smaller independent presses. Why did you choose to work with these small presses? What do you think attracted them to you and your work?

Scott Dominic Carpenter: To tell the truth, if I’d been offered a contract by Simon & Schuster or Penguin, I probably would have snatched it up. I assumed that’s what we’re supposed to aim for.

However, short story collections are notoriously difficult to sell to the big publishers, and even debut novels like Theory of Remainders have become tricky. I didn’t bother to ask my agent to approach the large presses for This Jealous Earth. I started right away with small presses, and I was delighted when MG Press grabbed it. At about the same time, while some larger publishers were hemming and hawing over my novel, Theory of Remainders, Winter Goose stepped forward. In both cases, it was clear that these editors were not just “willing” to work with me; they were thrilled. I wasn’t just one of twenty authors they were signing that week. I was the only one. They loved my work and wanted to be part of it.

I can’t tell you how gratifying it is for an author to collaborate with editors who are so enthusiastic for a project. Yes, it’s still a business, and yes, they need to make ends meet; but it’s not just a business.

It makes me wonder about the big publishers. They’ve grown skittish about unknowns—new authors, unfamiliar formats, unusual subjects. This isn’t to say that there aren’t exceptions (there are), but the opportunities have grown thin.

It’s paradoxical, however, because the same factors that make the big houses nervous (ebooks, Amazon, print-on-demand), create opportunities for the small presses. So-called “niche-markets” are everywhere, and smaller outfits are able to craft a real identity. Readers who come to a small press—Ooligan, MG Press, Winter Goose, Danzk, Milkweed—have a chance to find something distinctive. While the large presses make selections by committee (which means you have to please everyone), small presses can be bolder and brasher—producing work of real character. 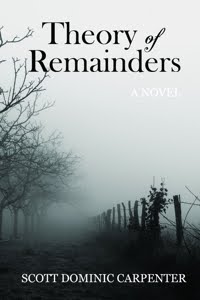 RP: What has your experience as an author been like at Midwestern Gothic and Winter Goose Publishing? Have these experiences been different than your past experiences working with larger academic publishers like Ashgate? In what ways?

SDC: Great question. I’ve published quite a bit on the academic side, ranging from textbooks to specialized scholarship in literature. Academic publishing is a wholly different beast. Once the manuscript is given the green light by specialist readers in the field, you’re pretty much on your own. Sure, there’s a little copy-editing and some prodding about deadlines, but that’s about it. This is partly because academic publishing is so specialized: the editors can’t be experts in all the fields they cover. In a commercial press, and perhaps especially with a small press, there’s a sense that all readers are experts, for one is hoping to appeal to a much broader audience. This means that a trade press is often more involved and helpful in editing. For me, it has been a tremendously humbling experience, for I’ve seen how much editors have to offer (and how much I have to learn).

There’s also the marketing aspect. In academic publishing, books have become ridiculously expensive and distribution has plummeted. The role of the author after publication is minimal: you put out a few announcements and you show up at a conference or two, but otherwise it’s the machinery of professional reviews that do the heavy lifting. Fiction is more exciting; you cultivate a relationship with readers and you seek input, which helps you with future writing. The process is interactive. In this way, the author’s presence (at readings, on the internet, etc.) is much more important.

RP: In reading your bio on your website, I was struck by this description of your writing background:

Back in college I’d taken a couple of creative writing courses, but for the most part I’ve done the MFA of hard knocks. What have I learned about writing during these years? First, it’s important to have a clear point of departure. Second, you need to listen to others—but still make up your own mind. Finally, you have to work hard, almost every single day. There’s more to it, of course, but those principles have served me well.

It seems to me, first, that this is an authentic way of learning how to write and second, that this describes a healthy way authors might deal with the publishing process. Do you think it applies to your philosophy of publishing?

SDC: Yeah… but I wouldn’t confuse “authentic” with “effective.” Looking back on it, I’d say I should probably have done an MFA. It’s odd: writing is a lonely business, but at the same time you want to reach thousands of readers. To do that, a writer really does need an inner circle of critics who will provide feedback, which mostly means readers with the gumption to say, “No, that’s not good enough.” You can find such micro-communities outside of an MFA (as I did), but it’s tough. And until you develop your own sense of discipline, it’s helpful to have a structured environment.

That said, the advantage of the MFA of hard knocks is that if you do survive it, you’re pretty strong. (But if you don’t, it just leaves you battered.)

My second point, which applies both to writing and working with publishers, is that you need to strike a balance between what readers tell you and what you feel. The French poet, Charles Baudelaire, said that. “Art is… Prostitution.” By this, he meant he always felt obliged to provide what his readers wanted, without regard for his own desires. I can’t do that. For me, it has to be a middle path—a balanced relationship. Art may be seduction, but that’s as far as I’m willing to go.

What does this have to do with small presses? A lot, actually. I think I’ve developed a clear aesthetic sense, but I still listen to others. I learn from my editors, and I don’t think I’d receive as much personal attention from the larger presses.

RP: What else would you like to say about working with small presses?

SDC: Small presses are exciting. Loads of literary prizes are now going to titles from small presses. These organizations are nimble in a rapidly changing marketplace. I’ve been astounded by the responsiveness of MG Press and Winter Goose to recent developments, whereas the larger presses will likely take years to adjust.

All this said, I’m not knocking the big presses. Far from it. There’s astounding work being done by very talented people at those imprints. And they are learning from the small presses already. The next decade will be telling.