Every Thursday, Ooligan Press invites a poet whose work is included in Alive at the Center, our forthcoming anthology of poetry from Pacific Northwest writers, to blog for us. This week, we are pleased to feature Andrea Bennett, a poet from Vancouver, B.C. Please enjoy her post!

A couple of my favourite poetry books—Marilyn Hacker’s Love, Death and the Changing of the Seasons, Ted Berrigan’s The Sonnets—are composed of sonnet sequences, sonnets that knit together over the course of the books to create their own sort of narrative arc. Sometimes I set out to write sonnets just like this, but they never manage to stay sonnets—inevitably they melt together, losing line breaks, metre, even their prescribed turn. They become prose poetry. No trace left of any Berrigan or Hacker, except, maybe, in the approach to narrative.

Last year, trying to explain prose poetry to first-year creative writing students (What’s the difference between it and microfiction?), I fumbled trying to articulate the workings of prose poetry’s narrative. (“It’s like, you know, a David Lynch narrative instead of, um, Toy Story?”) Eventually, I settled on pinball. The narrative is the path of the ball, pinging around, setting off blinking lights if it’s lucky. The end of the poem comes whenever the ball sinks down the drain.

As the poet, your job is to wield the flipper, keep the ball in play for a while, aim for the targets, handle bonus balls if and when they appear. As the reader, your job is to follow what you can, and see what stands out in post-game reflection. Don’t treat it like a horse race or the Indy 500. Let go of the need for traditional narrative closure or catharsis. I gave some of my students prose poems by Matthea Harvey, Lorna Crozier, and Ben Lerner to study, and we talked about what blinked. The metaphor seemed to hold well enough.

Maybe this is too conservative a way to approach poetry, but I don’t care. The drive of a human to construct a narrative is about as strong as the drive of a human to see a face in an electrical socket, or a doorknob, or embedded in a ceiling’s plaster crack. I feel a little marquee of joy whenever a narrative, traditional or not, slides into place. 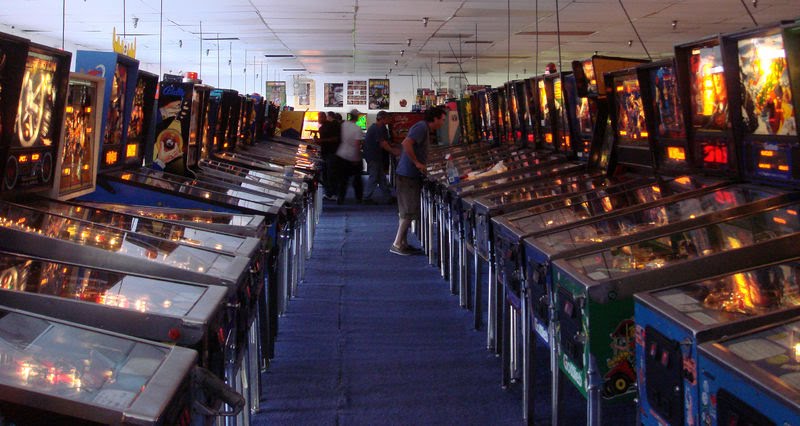 Andrea Bennett writes poetry, fiction, and non-fiction. Her work has appeared in several Canadian literary journals and cultural magazines. She was recently nominated for a National Magazine Award and the Journey Prize, and has previously been shortlisted for the 2010 and 2011 Matrix Litpop Awards, as well as the 2011 EVENT Magazine Nonfiction Contest. She is an associate editor at Adbusters magazine, the News Columns Editor at This Magazine, and she moonlights at PRISM international.

Andrea’s poem “Beaches” will be featured in the complete Alive at the Center anthology as well as the Vancouver edition. Both books will be available April 1, 2013.