As a journalist, I’d written more 1,000-word news articles and blog posts than I could count, but this manuscript was supposed to be 70,000 words. And not 700 stand-alone articles that follow an inverted pyramid style of anecdotal lede, then nut graph, and so on. This had to be literature—a story with a beginning, middle, and end, and with themes, obstacles, challenges, humor, excitement, drama, transformation, and character development. Cohesive and compelling, too. And because my name would be on it, it had to be good literature.

The excitement of having a book contract very quickly turned into a feeling of overwhelm. Because: Um, holy crap—how was I going to make that happen? And by a specified date, no less. I had 12 months to pull off something that seemed way over my head. I began to feel like a fraud. Like the marketing language in my proposal had been too effective because now I had duped an agent and publisher into believing I could do something I had no idea how to do.

I tried my best to do it. I scheduled four hours a night to sit down and write. But I hardly could. I felt angry and blocked. I didn’t know what to say. Every time I put words down on the page, I hated them. They weren’t good enough. It seemed boring or it seemed hollow and my anxiety quickly turned into despair and self-loathing and suspicion that my rising fear was right—I wouldn’t be able to pull it off. And due to my lack of ability to acquire a normal-person day job, I believed that if I failed at this I would be failing at life. Writing was the only thing I felt good at. And now I wasn’t feeling very good at that at all.

The reporting and research came easy, but the writing didn’t, and I suffered anxiety and crippling depression as I struggled with it. I was in an MFA program at the time and my mentors were very concerned about me. It was comforting when they said my experience was well-worn in the writerly tradition. Over the course of grad school, I somehow churned out 150 pages that became the first draft of my book. The final manuscript was due a month after I graduated.

In those next 4 weeks, I overcame my suffering and wrote some incredibly awesome prose. I deleted maybe two-thirds of my original manuscript and revised the hell out of what was left. I wrote new material. To my relief, it was funny, it was fascinating, and it was exciting. By the end of that month, I loved the book. I was extraordinarily proud of it. When it went to print, Rolling Stone and Publishers Weekly gave my book rave reviews.

How did I do that? What changed? The answer is, I discovered the cure to my own writer’s block. And I’m happy to share it with you.

Step 1: Strip down to your underwear and dance to ridiculous YouTube videos while singing along. Repeat. Repeat. Repeat. You must get goofy. This is because the Muse has a sense of humor and emerges out of playfulness. The Muse is not an accountant. You must court the Muse. You must be silly.

Step 2: Delight yourself with inspiring art and let your brain work in new ways. Listen to good music with good lyrics, watch movies, look at paintings, read books (without comparing yourself).

Step 3: Stop forcing the process and reject any rules about what it’s supposed to look like. You don’t need to know where this piece is going or what you will write about tomorrow. You don’t need the ending until the day your book is due.

Step 4: Allow your project to evolve. You may have a scene you love that doesn’t seem to fit anywhere in your manuscript. Stop trying to make it fit. Write something else and trust that you will discover the perfect place where it goes later. Sometimes we write out of order. Dispense with order.

Step 5: Let go of the idea that writing well is hard. Believe that it can be effortless. Pretend that it could be, and have fun with that. If you’re a spiritual person, consider asking your higher power to help you with things that are beyond your control instead of worrying about them.

Step 6: Keep a notebook by your bed and be prepared to jot down ideas in the middle of the night at 3 a.m. And try writing at weird hours. For me, the sweet spot is between 2 a.m. and 5 a.m. I found I could labor for eight hours in the daylight and write nothing worth keeping, but when I wrote after midnight, it was magical.

Step 7: Trust yourself. You got this. The universe created you and gave you your writing ability for a reason—it wants you to succeed. As the astrologer Rob Brezsny likes to say, “The Universe is conspiring to shower you with blessings.” Let it. 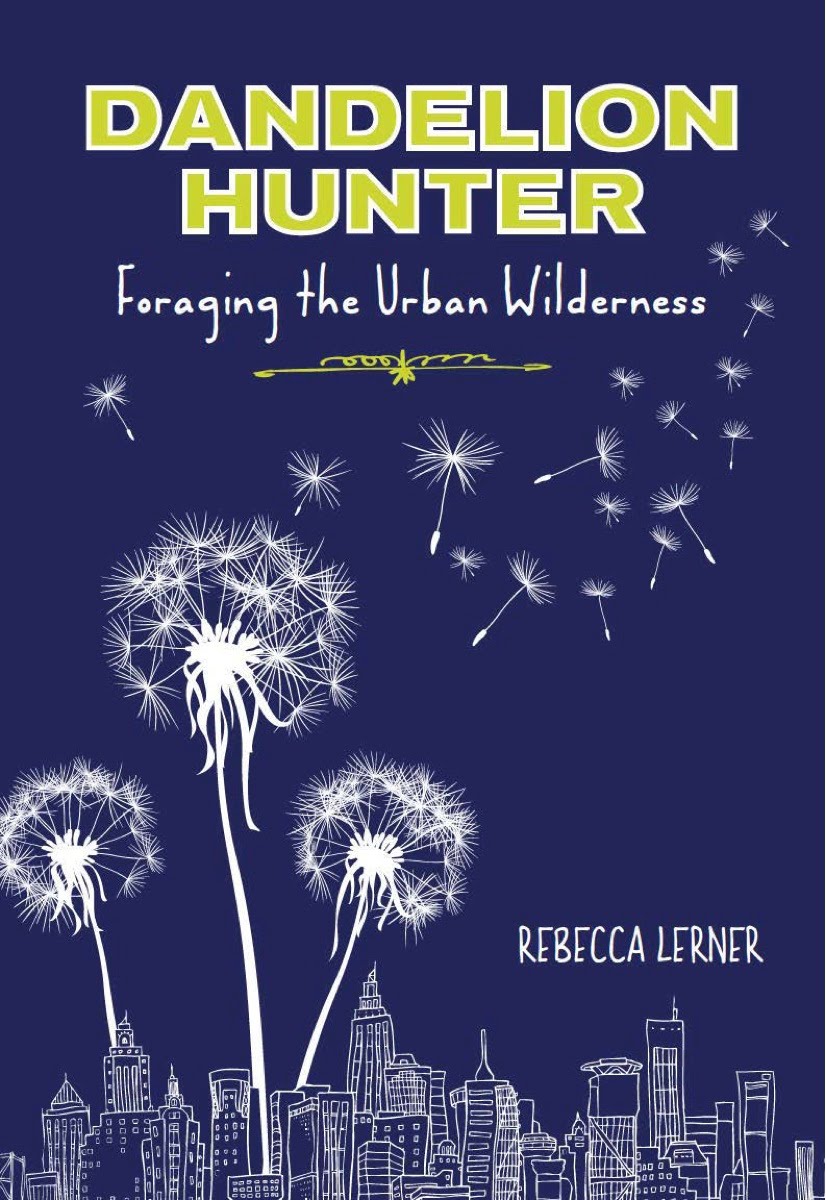 Becky Lerner’s first book, “Dandelion Hunter: Foraging the Urban Wilderness,” is nonfiction narrative about her crazy, funny, and often fascinating adventures harvesting wild plants for food and medicine in Portland, Oregon. It comes out April 2 through Globe Pequot Press. She’ll be reading at Powell’s on Hawthorne at 7:30 p.m. on Thursday, April 18. She writes a popular blog at www.FirstWays.com