Every Thursday, Ooligan Press invites a poet whose work is included in Alive at the Center, our forthcoming anthology of poetry from Pacific Northwest writers, to blog for us. This week, we are pleased to feature Martha Silano, a poet from Seattle, WA. Please enjoy her post!

How the Aliens Finally Landed

In 1982, while enrolled at a small liberal arts college in the Midwest, I found myself thinking about aliens coming down to Earth in a space ship; when they landed, it would be my task to explain humanity to them. I remember asking myself: how will I help them understand our twenty brands of toilet paper? But the aliens never arrived, and my idea lay dormant twenty-three years. Then, in the fall of 2005, I was driving up I-5 to teach my poetry writing class at Edmonds Community College while listening through several rounds of Charles Simic’s Academy of American Poets CD (here’s a complete play list of what I had going on endless loop). I was mostly stuck on this one poem, “Riddle,” but also his poem “Eyes Fastened with Pins:”

Pinochle in the backyard

Or just sitting on the steps

Meanwhile, in a strange

Part of town looking for

Someone with a bad cough,

But the address somehow wrong,

Even death can’t figure it out

Among all the locked doors…

Maybe it had something to do with death being personified—about the way death’s neighbors were playing cards, hanging around drinking beer, but suddenly the aliens-demanding-an-explanation idea came back to me with such fury that I had to pull over. 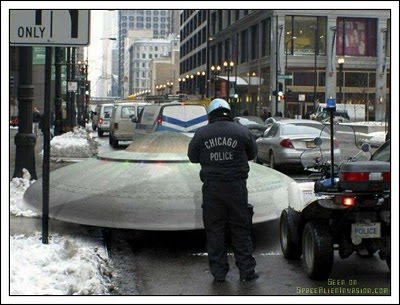 On these occasions when the need to write arises, I usually find a quiet side street and go about my business without leaving my Suburu, but I was craving Greek food, so I made my way to Kafe Neo on Highway 99 just down from the campus where I’d be teaching in a few hours, ordered the combo plate, and wrote for an hour or more non-stop—the waitress non-plussed by my active pen and head-down approach as I wolfed down the best hummus and pita in town.

I am not especially woo-woo when it comes to muses, channels, “gifts,” trances, etc.,  but I do acknowledge that this poem poured out of me with relative ease, in a way more akin to taking down dictation than struggling my way through. I was crafting, making decisions, crossing out lines, etc., but it all seemed to happen without a hitch. While many of my poems require persistence, puzzling over how to begin and end, and also, heck, what exactly goes on in between, this one emerged unbidden. The hardest part was making sure my images were as unrelated as possible (clapping, odometers, skillets), and letting the images drive the poem’s engine. The fact that I’d been listening to Simic for hours didn’t hurt things—he’s definitely a master when it comes to letting images rule the day, as evidenced in a poem like “Autumn Sky”:

In my great grandmother’s time,

All one needed was a broom

To get to see places

And give the geese a chase in the sky.

This dialing into a sense of history, of a matriarchal lineage going back at least a century, if not centuries—makes it obvious I was under Simic’s spell, channeling this poet of the arresting image who is also best known for facing unspeakable atrocities head on. This is surely why a grandmother’s kerchief and black wool coat would end up, in “What I Will Tell the Aliens,” as stand ins for the sorrows of the centuries, though I had no idea when I began this poem that I would find a place for my recently-deceased grandmother’s black wool coat (the coat my mother had recently sent me in the mail, and which I had taken to wearing), or that my speaker would be giving an alien a bloody nose. However, since I’m a firm believer in Robert Frost’s dictum, “No surprise for the writer, no surprise for the reader,” I was pleased with the unexpected places this poem decided to take me.

When I look back on it now, it occurs to me that starting this poem coincides with my re-emergence into the land of the living after a six-month postpartum fog. Likely, the night before, I’d achieved the feat of sleeping for more than four hours at a stretch (did I mention I’d recently given birth?). Also, it was a lucky break that for once I had sufficient time before class to succumb completely to the urge to write.

“What I Will Tell the Aliens” turned out to be my earliest poem to wed motherhood and astrophysics. Writing about aliens turned out to be a gateway subject that led to poems about the space race, Newton’s ether, and the early Greek astronomers. My hat goes off to Simic for getting the cosmic ball rolling. 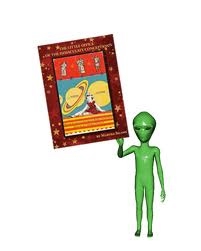 Martha Silano began writing poetry in elementary school but did not get up the courage to attend her first formal poetry workshop until she was twenty-five. She went on to receive her MFA in Creative Writing from the University of Washington.

Martha’s poem “What I Will Tell the Aliens” will be featured in the complete Alive at the Center anthology as well as the Seattle edition. Both books will be available April 1, 2013.