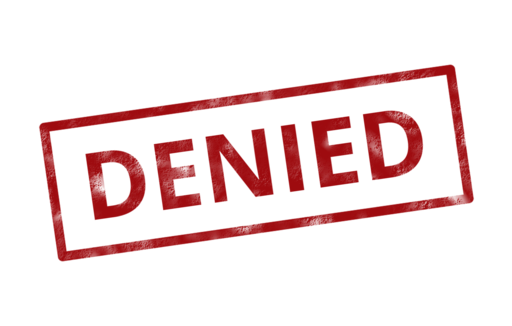 All the authors I admire have something to say about rejection letters. They cope with one crushing disappointment after another by turning it into a game, getting a little competitive with extensive collections of rejection letters and creative ways to display them. When they finally find their success, they revel in having the last laugh.

As a new publishing student getting my first introduction to the acquisitions process at Ooligan, I can’t help but feel a bit traitorous at the prospect of contributing to more of those infamous letters. If there is one thing I can say that might benefit a talented author who just isn’t the best fit for Ooligan right now, it’s that the rejection often has nothing to do with measuring an author’s skill. Instead, it might simply be a matter of not being in exactly the right place at the right time.

Ooligan is a small press, producing about three regular titles a year in addition to one yearly title in partnership with the Multnomah County Library Writers Project. We get over a hundred submissions each year through queries alone (Ooligan also seeks out promising pitches via Twitter), and that leaves a lot to be rejected. The total number of books published per year in the past six years has been estimated at anywhere from 300,000 published traditionally to over one million when self-published titles are included.

Generally, 90 percent of manuscripts submitted the traditional way are rejected immediately upon review of the query letter on the grounds of poor writing or noncompliance with the publishing company’s requirements. Many Ooligan submissions are rejected because they have no clear connection to Ooligan’s mission statement or submission guidelines. Therefore, a well-written query will be rejected if it appears that neither author nor manuscript has any relationship with the Pacific Northwest, which is the region that Ooligan celebrates.

However, Ooligan is a bit more relaxed in its definition of “Pacific Northwest” than you might think. The geographic region we call our home includes Oregon and Washington, as well as parts of Idaho, Montana, Northern California, British Columbia, and Alaska. This broader definition accommodates titles such as Breaking Cadence by Rosa del Duca, who grew up in Montana. This particular book also bolsters Ooligan’s mission to challenge the status quo and represent the character of the Pacific Northwest. Sometimes, if a query for a story set somewhere other than the Cascadia region holds promise to fill a gap in Ooligan’s regional canon, the author’s own Pacific Northwest origins are enough to merit consideration beyond the query level.

So I think it’s safe to say that an author with a well-executed, original idea and a solid familiarity with the press’s expectations has a pretty good chance of making it past the immediate rejections. This is where the reasons for rejection can get a little less predictable. At least two publishers cite issues of timing in relation to the market, particularly “inventory glut,” as the top reasons for rejection from major publishing companies. Like the “Big Five” companies, Ooligan needs to carefully consider the balance between a potential project’s marketability and what it will contribute to the name we are building for our press.

While YA, for example, is a genre that has been successful on the market in recent years, Ooligan needs to offer a variety of publications each year and is limited in how many YA titles it can produce within a short period of time. A publishing-savvy author may be well aware of what genres sell best, but there is no way to know the entirety of what their work is being compared to before the newest projects are announced.

It is possible that after all the edits have been considered and tried, a manuscript simply isn’t for Ooligan. That doesn’t mean it’s a bad manuscript. When this is the case, all the famous authors who rant about rejection probably have the best advice: keep trying, keep trusting yourself, keep submitting and refining. Keep a copy of those rejections somewhere so you can show us publishers just how wrong we were later, but don’t let it become a source of discouragement.