Every Thursday, Ooligan Press invites a poet whose work is included in Alive at the Center, our forthcoming anthology of poetry from Pacific Northwest writers, to blog for us. This week, we are pleased to feature Taryn Hubbard, a poet from Vancouver, B.C. Please enjoy her post!

My poem in Alive at the Center, “You Go to Town,” started with a walk through Whalley, a neighborhood in Surrey, British Columbia. It’s the neighborhood I’ve lived in for a few years, and an area I’ve begun exploring through poetry. Surrey is south of the Fraser River from Vancouver, and about a twenty-five minute drive on Highway 1 or a thirty minute and three zone ride on the SkyTrain.

As is common in suburbs, I drive in Surrey, but I try to walk in Whalley. One of the reasons I try to get around on foot as much as I can in Whalley is so I can take pictures and document changes in my experience of the area. I will drive to the Surrey Archives where an archivist with white gloves brings me file folders filled with books, newspaper clippings, some original, some photocopied, and maps on Surrey City Centre and Whalley.

In the space of the small archive, the former Surrey Municipal Hall circa 1912, with its red brick and heavy leaded glass, I take notes in pencil. I’m interested in learning how the neighborhood came to unfold; how it began; and what people, geographical conditions, events, and histories shaped it.

I read poets whose work centers around urban, suburban, and rural places: Meredith Quartermain’s Vancouver Walking, Peter Culley’s Hammertown and The Age of Briggs & Stratton, Sachiko Murakami’s Rebuild, Michael Turner’s Kingsway, Rob Budde’s Finding Ft. George, Daphne Marlatt’s Steveston, and Roy Miki’s Mannequin Rising—the list goes on. Those are just a few writers thinking about spaces in British Columbia. These texts, and others, have become essential readings for me as I work through my own research and documentation of a space. It’s comforting to have these texts so accessible, and over time, familiar.

The photos included here were taken with an automatic film camera I picked up at one of the church thrift stores in the neighborhood for two dollars. 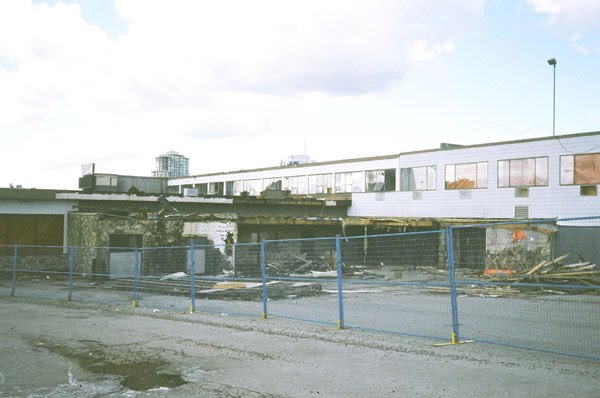 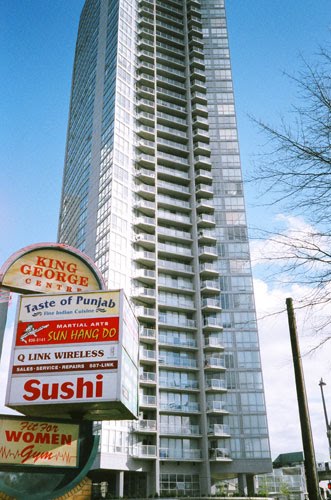 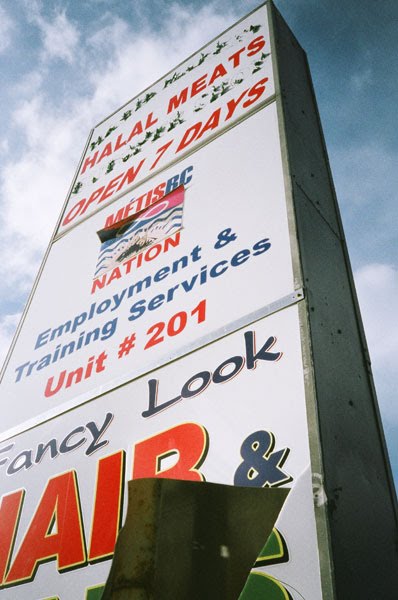 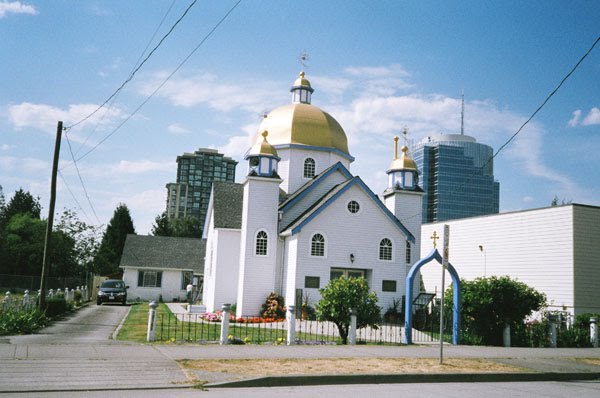 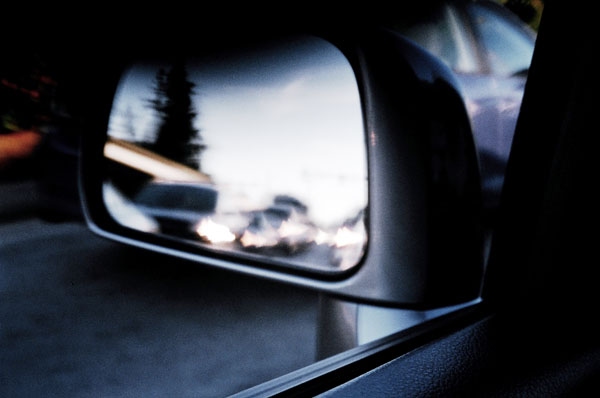 Taryn Hubbard’s work has appeared or is forthcoming in CV2, Incongruous Review, Harlequin Creature, Room Magazine, ditch, and others. She is a collective member of The Storytelling Show on Vancouver Co-op Radio 100.5, and studied English and communications at Simon Fraser University and journalism at Langara College in Vancouver, B.C. She keeps a blog at tarynhubbard.blogspot.com.

Taryn’s work will be featured in the complete Alive at the Center anthology as well as the Vancouver edition. Both books will be available April 1, 2013.