Oregon has a rich and storied past. Having grown up in one of the small towns here, I can also say with authority that it is quite a unique place to live. Many of my friends from out of town have asked me what it is like to be a native here, and I have never been able to quite describe it. I have often jokingly referred to us as “tree people,” who make art and ski, but there is more to it than that. There is history here. A history of travelers seeking a new land and opportunities, a history of people finding ways to survive and live with nature. This history is echoed in all facets of Oregon life, whether you live hidden in the foothills of Mount Hood or on the fifth story of an apartment building in Portland. In my struggle to find a way to encapsulate Oregon for these friends, I found a book. Ricochet River, by Robin Cody, breathes Oregon. Its history and sense of adventure permeate the pages.

“White noodles of raw wood came from the saw’s teeth with each stroke, like strips of time. To crosscut an old-growth fir is to pull out these white strips of wood that start as young as me and go back through Duncan and Link and old Gus Schwarz, who claimed this land, and all the way back to Lewis and Clark and Robert Gray. And the Indians before that.” (Cody, 136)

Set in the 1960s in fictitious Oregon logging town Calamus, Ricochet River delves into the past of the northwest and prepares for the future as three teens, Wade, Lorna, and Jesse, bond over their personal histories and prepare to break out of their small town lives. Wade is the star athlete, Lorna is a bright, independent girl, and Jesse is an Indian kid with near mystical abilities in sports, who applies his own rules to games and life. Together they grow and explore the world around them, as well as their own selves. 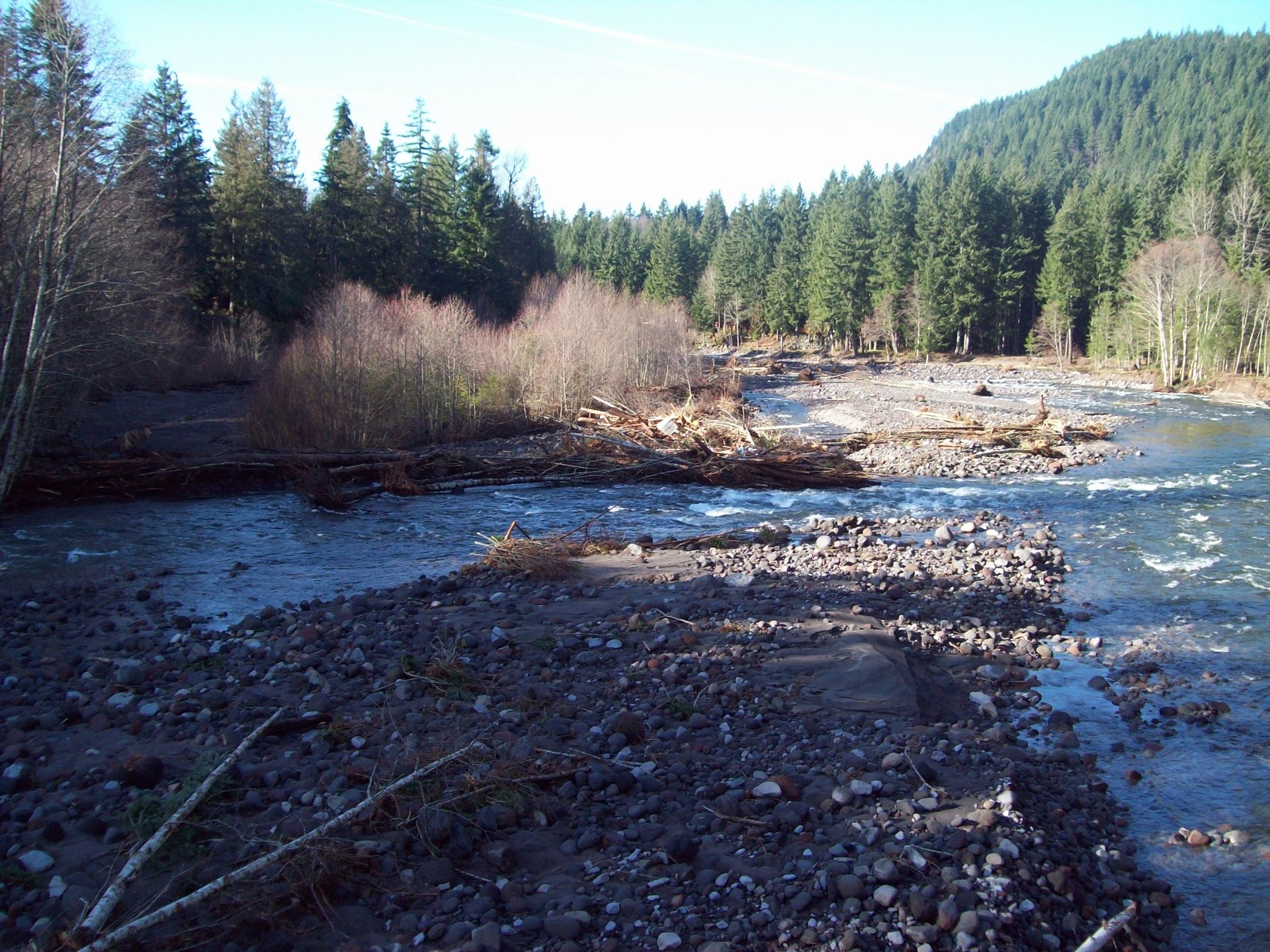 Teachers have been very fond of Ricochet River since it was first published in 1992, but many were unable to teach it, due to profanity and what some people considered age-inappropriate themes. It has now been rewritten to be accessible to everyone, and the book is honestly better for it. It has since been picked as an Oregon State Library pick for “150 Books for the Oregon Sesquicentennial,” and it was chosen as one of the Oregon Culture Heritage Commission’s “100 Oregon Books,” books that exemplify Oregon’s rich literary heritage since 1800.

Along with all of its other accomplishments, Ricochet River has also been chosen for Hood River County’s Hood River County Reads. This program is designed to introduce people to fantastic books and to get them talking about them. Starting at the kickoff on March 3, people can begin taking part in the many events included in Hood River County Reads, including educational panels and visits from Robin Cody himself!

Reading this book is a wonderful way to get to know the wonderful area that we live in. Whether you are a native looking to feel at home in its pages, or someone new to Oregon who wants to explore, Ricochet River by Robin Cody is sure to make you feel welcome.