Every Thursday since January, 2013, Ooligan Press has invited a poet whose work is included in Alive at the Center, our anthology of poetry from Pacific Northwest writers, to blog for us. This week, we are pleased to feature Lucia Misch, a poet from Vancouver, BC.

This is the final installment of the Guest Poet Post series, and we think it’s a great note to end on. Please enjoy Lucia’s post, and thank you for reading the series!

The poem I submitted to Alive at the Center was inspired by a contingency speech written in 1969 by William Sapphire. Entitled “In Event Of Moon Disaster,” it was the address Nixon would have given the nation if the Apollo 11 astronauts had become stranded on the moon, facing certain death inside their hermetic suits. When I stumbled across the transcript, I was floored by the poignancy of what its existence implied. It had been written for a specific eventuality, and though the events that would have called upon itnever occurred, it remained, an artifact of an alternate history in which two human bodies have been lying on the face of our moon for the last fifty years. Reading it turned Neil Armstrong and Buzz Aldrin into Schrödinger’s cats, alive and dead, triumphant and tragic, all at once. 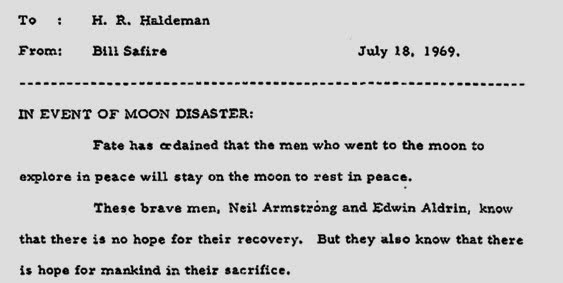 But, as well as being a good reason to bring up the only thing I know about quantum theory, the speech was something more. It was a provision made for an uncertain future. And what could be more familiar? Almost every life includes such contingencies, Plan Bs half sketched out and kept as insurance against Plan A’s going sideways. But for writers—and perhaps particularly poets—the possibility of having to implement the back-up plan looms large. We’re asked over and over by family, friends, teachers, colleagues, and sometimes ourselves, what we’ll do if writing doesn’t “work out,” usually followed by something about how competitive the field is. Whether we’ll embrace writing as a primary pursuit, or develop ancillary skills, is anyone’s guess.

In January of 2010, I found myself on a necessary hiatus from the spell drinking I’d been using to compensate for the privileged problem of being twenty and uncertain in another low-ceilinged Vancouver winter. I quickly discovered that, without the hours spent being either vivaciously merry or crushingly hungover, I had quite a bit of spare time on my hands. So, on a whim, though I didn’t even own a bicycle, I began to volunteer at a bike repair co-op. At the time, it had never occurred to me that I could be capable of anything other than cerebral, creative pursuits like writing poetry, but soon I was smitten by bearing systems, leverage, the smell of grease and WD40, the new abilities and intuitions that, once mastered, could make these simple machines sing. I interned at the co-op that summer, and have worked as a mechanic for the past three years. When I’m asked what I do, I usually say that I write and fix bikes, or that I fix bikes and write. The response is often, “How good that you have a trade, you’ll always be able to work.”

And it is good. I have an enthusiastic love for mechanics, one that busts open new approaches, perceptions, and patterns of thought, making me a better writer and a more able person. As such, I don’t see being a mechanic as a Plan B, or a safety net. It is, like writing, an integral part of how I identify and value myself. It sometimes feels like there’s a mythology around creative endeavors, which dictates that poets, painters, dancers, and what have you, can only be real artists if we abandon other interests. Or, at very least, consistently integrate all our fascinations into artistic output. It feels like we are asked to choose one course and stick to it, told that to live an amalgam of interests makes our art impure. Though there is an undeniable romance, maybe even an admirable nobility, in a life dedicated to creativity, I think it’s a narrow and unfortunate view to insist upon. A friend of mine, who teaches introductory English at a community college, who is an arts organizer, and one of the best poets I know, recently told me that he’s glad not to rely entirely on his writing, as that keeps him from encountering situations where he may have to compromise between how he wants to make his art and his ability to pay rent. He is, of course, fortunate to have a job that he enjoys, one that leaves enough time and energy to write, and I love the idea that diversifying allows him to feel that his poetry can have more integrity rather than less.

Sapphire, as he wrote, must have been aware that his words could well become an iconic piece of writing in human history: what we said when our grand ambitions proved too bold. Conversely, there was the possibility of his speech being unused and forgotten. As it turned out, neither was the case. Though never read to the nation, it resurfaced, decades later, in a new context that lent it fresh impact. I find that comforting. I don’t like to think that I, or my teacher friend, or the painters, writers, musicians, and photographers who have been my coworkers at bike shops, are standing at forks in divergent roads.

Lucia Misch grew up at an astronomical observatory near San Jose, California. She began writing and performing at fifteen, moved to Canada three years later, and has since toured and lead spoken word workshops across North America. She placed second at the 2011 Canadian Individual Poetry Slam, was a member of the 2010/11 Vancouver Slam Team, a two-time South Bay Youth Slam champion, and the winner of the 2010 Vancouver Labour Slam. She can fix your bicycle, make you a mean leek and potato soup, or let you borrow her staple gun, all for the small price of a story about dinosaurs. She believes in the Oxford Comma and currently lives in Vancouver.

Lucia’s poem, “In Event of Moon Disaster” is featured in the complete Alive at the Center anthology as well as the Vancouver edition. Both books are currently available from your favorite local bookshop or online retailer.