I’ve always depended on the kindness of strangers.

After spending six months dreading the moment I’d have to stand in front of people and read, I approached my biggest fear with a clear picture of every possible thing that could go wrong. Vomiting, fainting, and crying, I’ll have to admit, were at the top of my list of expectations for the night. One thing that was not, however, was Tennessee Williams.

Yet after having managed to make it through reading and speaking alongside authors whose life and work I’ve long admired without falling out of my chair—or accidentally lighting a cigarette, because I was so nervous I forgot where I was—I realized that the one thing I hadn’t imagined happening was the only thing that happened. The kindness of the people around me had overshadowed everything I didn’t want to do, or that I was afraid would happen.

So, thank you. Even if I still don’t like talking in front of people, I now know that it can be done.

But, more importantly, working with Ooligan Press has shown me that there are some really great publishers out there; publishers that care more about the work they’re putting out than they do about money. The time and care that every person at Ooligan Press puts into every manuscript forced me to realize a lot of things. Mainly that those on both ends of the publishing process are a lot alike in that, as much as they care about anything, they care about books. 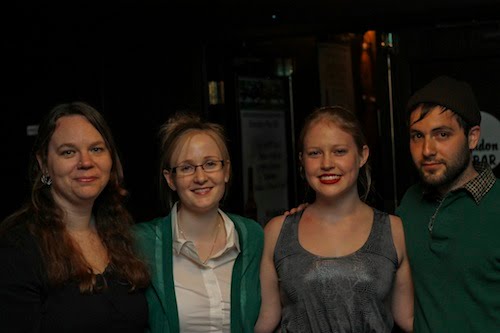